What The Hobbit Trilogy Brings 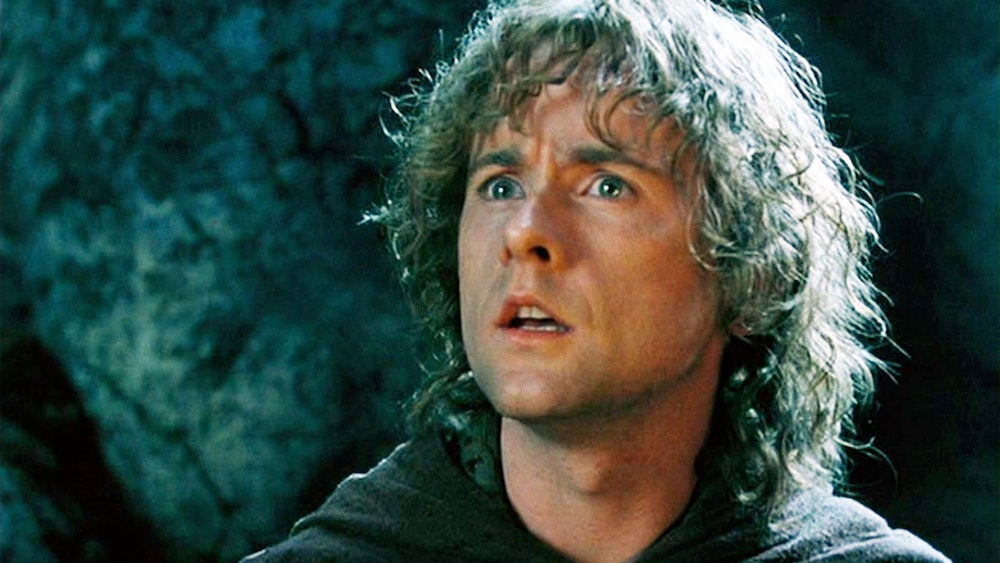 Tolkien scholar, collector and enthusiast, Britta Siemen writes about her thoughts on the Hobbit Film Trilogy .
Please do visit her own wonderful blog.

My Thoughts on What This New Trilogy Brings By Britta Siemen

Despite all the fuss surrounding the theatrical release of The Hobbit: An Unexpected Journey, there was a time when it seemed like The Hobbit was never going to happen at all. It started with a lawsuit against New Line, wherein director Peter Jackson accused the company of underpaying him by millions, and CEO Robert Shaye asserted that Jackson would never direct another film for the company. Purists rejoiced. Fangirls cried. Then came the announcement that New Line and Jackson had reached an agreement and The Hobbit would be made, but with Peter Jackson serving as Executive Producer while Guillermo Del Toro directed. For many, the excitement resurfaced, but others grew nervous: how different would Del Toro’s version be? Was it even possible for another director to step in and expand upon a world previously brought to life by Peter Jackson?

Whether for better or worse, those questions were never answered. Del Toro backed out, Peter Jackson took charge again, and after a few more delays, filming for The Hobbit was finally underway and all seemed well in the world. That is, until it became apparent that Peter Jackson’s version was going to be quite different from Tolkien’s.

My feelings on The Hobbit film have been mixed from day one. Like so many others, I first read The Hobbit when I was about ten or eleven years old and it changed my life. In the decade since, I’ve re-read the story on an annual basis, along with The Lord of the Rings and The Silmarillion. I immediately threw myself into the world of Tolkien scholarship and devoted most of my spare time to reading, studying, and writing about Tolkien. With Tolkien’s works playing such an enormous role in my life, essentially being the foundation for everything that I’ve done since, I worried that they would be ruined if and when adapted to film.

However, after I saw Peter Jackson’s Lord of the Rings films – which I’ll admit turned out very well, despite the saga being considered “unfilmable” – I felt that if The Hobbit was going to be made, there was no one better for the job. Even though a number of my favourite scenes were either omitted or altered to adhere to time constraints, I still felt that Jackson and his team had done The Lord of the Rings justice, and part of me really was excited to see Middle-earth again on the big screen. Better yet, we’d get two more opportunities to do so.
Then, in what seemed like an afterthought – a last-ditch effort to stay in Middle-earth just a wee bit longer – Jackson announced that he had enough extra material in his possession to turn The Hobbit films into a Hobbit trilogy – a move which was met with some criticism by those who felt he had succumbed to the “dragon sickness.”

I fall into the category of those who are opposed to three Hobbit films, mainly because I consider myself a bit of a “purist” in the sense that I’d much rather experience the original story as written by Tolkien than a version in which the Dwarves look like sexy Vikings, a few of the heartthrobs from The Lord of the Rings have returned, and a strong female character has been written in. (This, of course, was not the first time Jackson had altered a character’s role or included one where they did not belong, but in creating an entirely new character, it seemed like he had taken some additional liberties.)

My biggest concern lies with Tauriel, the Elf-warrior of Mirkwood. Don’t get me wrong: I hold no grudge against strong female characters – provided they belong in the story (and if LEGO’s Mirkwood sets are any indication, Tauriel’s role may be too prominent in the films). The way I see it, she’s either going to be the heroine who saves the day, or she’s going to serve as the basis for a Hobbit romance. The Hobbit, a children’s book about a group of adventurers going after lost gold, was exciting enough without even a hint of it. Not once in my many years of reading The Hobbit did I ever stop and think, “You know, it would have been nice if Bilbo had met a cute hobbit lass and lived happily ever after.”

While I am not a fan of Tauriel, I can understand why she was written into Peter Jackson’s adaptation. In my experience, the Tolkien Community is as male-dominated as the stories we practically worship. What modern woman wants to fantasise about living in a world where she can’t do much other than cook, clean, and produce children? In The Lord of the Rings, female readers had Éowyn to look up to; and in the films, Arwen took the place of Glorfindel in a role that was greatly exaggerated. But in The Hobbit, where the main protagonists are thirteen Dwarves, a Hobbit, and a wizard, no such females exist. In my opinion, if that’s the way the story was written, then the film should follow suit. I think of all the people who will pick up a copy of The Hobbit after seeing the films, eager to learn more about Tauriel, only to discover that she doesn’t actually exist in Tolkien’s legendarium. And I fear the backlash: “I liked Peter Jackson’s version better!”

But as irritating and unnecessary as I find Tauriel to be, I do think it was a wise move on Jackson’s part. Surely her character will attract new audiences, whether it’s a “purist” like me who’s eager to see how her inclusion will affect the story, a woman looking for a role model and some romance, or an adolescent male eager for some close-ups of the dazzling Evangeline Lilly.

Surprisingly, most people seem to be okay with Tauriel. Critics seem to take more issue with The Hobbit being filmed at 48 frames per second – twice the rate of most films today – and pose the question as to whether or not it’s worth seeing the film at such a high frame rate. Though many criticised the footage as seeming “jarring” and “too real,” even giving some moviegoers migraines and motion sickness, Jackson insisted that “you settle into it.” According to him, this is the technology of the future. While most theatres are still not equipped to show films at 48fps, many are jumping on the bandwagon as a result of The Hobbit; and chances are, its success could ultimately pioneer the future implementation of this new method of filming.

Regardless of whether you’re a Tolkien purist or simply a fan of Peter Jackson’s films, the important thing to remember is that The Hobbit: An Unexpected Journey, The Hobbit: The Desolation of Smaug, and The Hobbit: There and Back Again are all one filmmaker’s interpretation of JRR Tolkien’s story – do not confuse them (no matter how good or how bad) with the real thing. See and enjoy the films, but if you haven’t yet, you owe it to yourself to read the book.