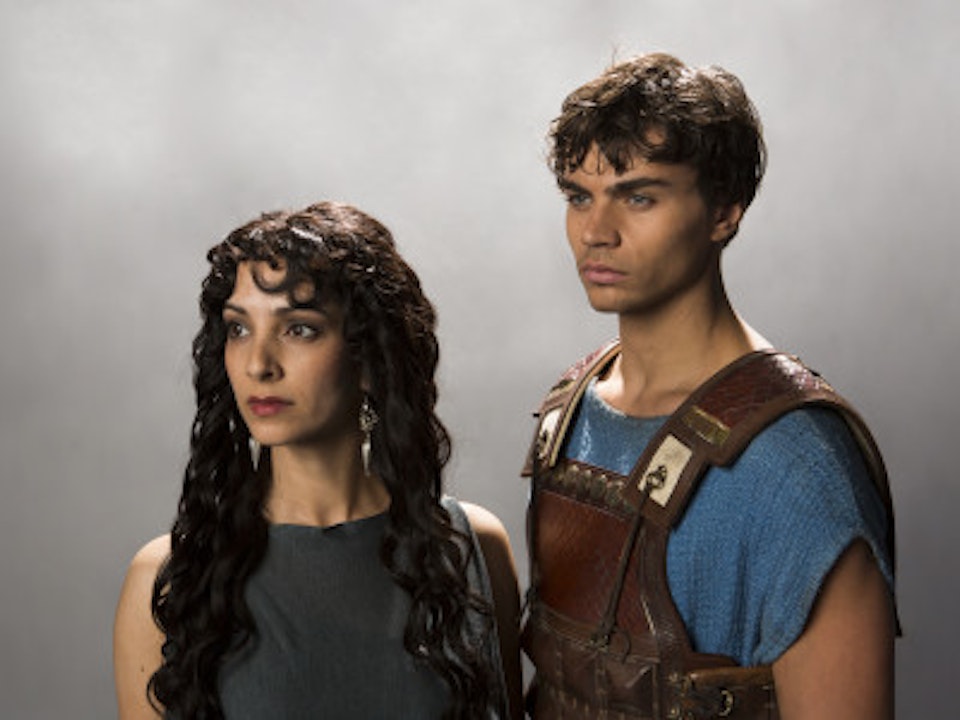 He played Hero on the SyFy series, Olympus which starts The young actor looks at the role and Greek Mythology when we spoke in 2015

Tony Tellado: Hi Tom, really like what you did with Hero in the pilot. Like every hero he is on a journey or quest. How did you see him as a character when you read the script?

Tom York: The first thing that struck me about ‘Hero’, was how different he is from the other “heroes” I’ve seen. Most of the time, especially in the Ancient Greek genre, you tend to get these fully formed, powerful, warrior-type heroes, like ‘Jason’ or ‘Hercules’. ‘Hero’ by contrast starts off as a total ingénue, and it’s only over the 13 episodes that we get to see him transform from this innocent boy of the woods into a seriously damaged young man obsessed by his pain and driven by his rage all the way to the summit of Olympus, to confront the gods themselves. When I read the script, I thought it would be awesome to play this character.

Tony Tellado: We all ask questions about who we are and where we came from. For Hero it seems that’s part of his journey too.

Tom York: Yes! Hero’s journey is almost entirely centered on the question ‘who am I?’ So much has been hidden from him, and a lot has been forced on him by the gods and by his selfish father, so he has a lot of answers to find. As dramatic as that sounds, I think it’s a theme that a lot of people can connect with. We do not choose to be born, we do not choose our family, we are not responsible for the history of our family or our country. We are just left with the consequences. For most of us that’s fine, but for a lot of people I think it’s really difficult. 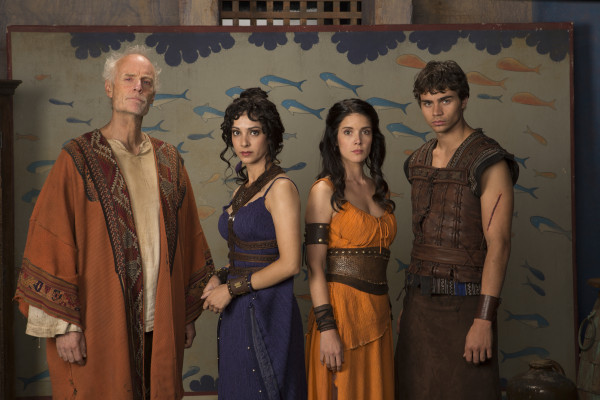 Tony Tellado: It seems that his relationships with the Oracle and Medea will become central to the series.

Tom York: The four lead characters, ‘Hero’, ‘Oracle’ (Sonya Cassidy), ‘Medea’ (Sonita Henry) and ‘Daedalus’ (Matt Frewer) all suffer deeply from the loneliness in their lives. So it’s really interesting to watch as they unintentionally form these close bonds with one another. Don’t get me wrong, they are often manipulating each other to get what they want, and they would struggle to admit it, but underneath it all, they do start to care for each other, they need each other – at least I think they do!

Tony Tellado: You were pretty handy with the rope in the first episode. How was the physical aspect of the role and what training did you do?

Tom York: Getting to grips with the rope was hard! I got the rope only a couple of days before we started shooting, so that was a really steep learning curve. Pretty much every time I wasn’t needed for filming I was outside practicing and practicing, being a nuisance lassoing cast and crew all day! I also had an amazing group of stunt guys helping me learn all the fights. To be honest I really love doing stuff like that. I made my life a lot harder than it needed to be by insisting I do all the fights, and as many of the stunts (as the producers would let me do) myself. That’s all part of the fun for me.

Tony Tellado: How is this cast on the set ? Is there much kidding or business?

Tom York: It was genuinely both – when the camera was rolling we were as professional as possible, we were seriously strapped for time on Olympus, the fact that we managed to finish the show on time is a credit to the professionalism of everyone involved. Having said that, the only way you survive a project of this intensity is to laugh! Cue ‘Matt Frewer’ and creator ‘Nick Willing,’ it’s down to their wonderful and infectious sense of humor, that the cast and crew alike would tease each other, joke, and basically have a great time!

Tony Tellado: There is a lot of green screen used. How is it for you as an actor?

Tom York: It was quite a shock to the system, I was on that green screen stage almost every day. It’s amazing how quickly the color green can become so offensive to your eyes. But like anything (although obviously not ideal for an actor) you get used to it, the imagination you had as a child comes back, and suddenly its “action!” and I don’t see green anymore… I can see anything I put my mind to.

Tony Tellado: Amanda Tapping directed on the series. What was it like to work with her?

Tom York: Firstly, all the directors were amazing, but as a fan of Stargate I was a bit awe struck when I first met Amanda Tapping. I tried to play it cool, but my inner geek could not be tamed for long. To be honest she is such a wonderful person, you quickly forget that she’s a star, and she just became one of the team. She is a fantastic director, and I really hope to work with her again, whether she’s behind the camera or in front of it.

Tony Tellado: Was Greek Mythology something that interested you before?

Tom York: Absolutely! I remember from a young age having books on all sorts of ancient myths and legends. When I got older I discovered the ‘Age of Empires’ video game Age of Mythology, and I’m pretty sure I lost weeks on that. Then it was ‘God of War’… I think there is something amazing about the ancient Greek myths that resonates in all of us, they used their stories to try and understand what was going on in the human subconscious, and that’s why we are still studying them, making both TV shows and movies about them today

Special thanks to The SyFy Channel and also Thunderbird TV.