Steve Niles On The Spectre Interview 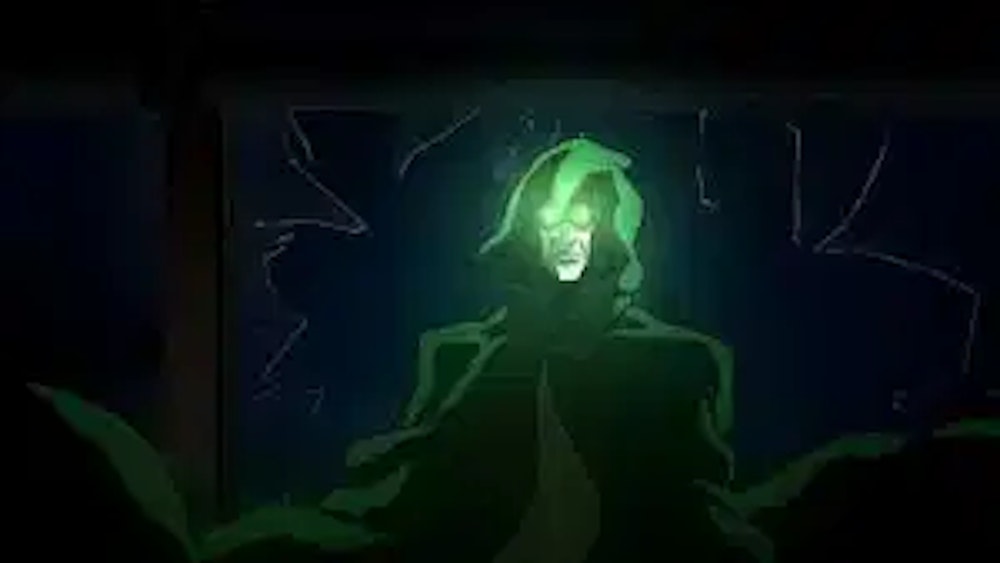 From 2013 - Renowned horror/comics writer Steve Niles adds his special touch of terror to the first-ever animated version of The Spectre, the initial entry in the DC Showcase series of animated shorts. The Spectre

From the creative forces behind the DC Universe animated original PG-13 movies, DC Showcase puts the spotlight on favorite characters from throughout the annals of DC Comics in fascinating, short-form tales sure to entertain longtime and new fans alike.

The Spectre focuses on a detective story with an ethereal twist, featuring the otherworldly character originally introduced by DC Comics in 1940. The voice cast is led by Gary Cole (Entourage) as the title character and Alyssa Milano (Charmed) as Aimee Brenner.

Niles is one of the comtemporary writers responsible for bringing horror comics back to prominence. Named by Fangoria magazine as one of it’s 13 rising talents who promise to keep us terrified for the next 25 years, Niles is currently working for seemingly all of the top American comic publishers. His current ongoing series is “Simon Dark” for DC Comics with artist Scott Hampton, and “Batman: Gotham After Midnight” with artist Kelley Jones.

In 2002, the success of his “30 Days of Night” sparked renewed interest in the horror genre, and was developed as a major motion picture with Sam Raimi producing and David Slade directing. Niles co-wrote the screenplay. The film debuted as the No. 1 movie at the domestic box office. Also in development are adaptations of Wake the Dead with director Jay Russell, and Criminal Macabre and The Lurkers.

Niles got his start in the industry when he formed his own publishing company called Arcane Comix, where he published, edited and adapted several comics and anthologies for Eclipse Comics. His adaptations include works by Clive Barker, Richard Matheson and Harlan Ellison. IDW released a hardcover and softcover collection of Niles’ adaptation of Richard Matheson’s “I Am Legend.”

Niles has been nominated for multiple Eisner Comic industry awards and was the recipient of two Spike TV Scream Awards for Best Horror comic and Best Comic Adaptation. He also won the Scribe Award for Best Original Novel in 2007.

Currently his graphic novel “Freaks of the Heartland” is being developed for film by David Gordon Green. Niles is also writing a major videogame property that will soon be announced.

Niles took a pause from his daily marathon writing schedule to chat about The Spectre. Here’s what he had to say …

How familiar with The Spectre were you entering this project?

STEVE NILES:My knowledge of The Spectre was fairly minimal. I had done a series called Batman Gotham County Line, where I had used a few of the supernatural characters. For that writing, I looked at Dr. Fate and Spectre, but in that case, I went with Phantom Stranger.

Within six months, I got a call from Todd Casey at Warner Bros. Animation asking if I’d be interested in writing this short, and that’s when I got really interested in him – and he does fascinate me now. I dove headfirst into all of the 1970s Spectre stuff, and the more I read, and the more I talked to Bruce Timm about the him, the more I fell in love with the character. Judge, jury, executioner. He kills. I wish I had been more into the character before because he’s perfect for me.

So The Spectre really hits home for you?

SN: I have a big affection for crime and noir, and a big affection for horror, and The Spectre is the one character that I can literally combine them. He can be a detective when I need him and, then, when he gets the confession out of you, I can have him kill you. He’s very Ditko-esque, or even a kind of Rorschach. But I like The Spectre better in that, because he’s a dead guy and he’s haunted, you trust his judgment a little more. You figure he’s justified. That’s why Batman doesn’t kill – he can’t judge a living peson. But this is a guy who is dead, he knows how the system works, he understands the ramifications, so he figures he can save us all a dime … and kill them with a muscle car.

I remember as a kid reading The Spectre comic and the true fun of it was that this guy had a flair for the ironic in his retribution. There was this issue where a hairdresser gets killed by giant scissors. I loved that so much. It makes it such fun to write a character who gets to look into each bad guy, see what makes them work, and then turn that on them. It’s like he gets to give them a little taste of hell before he sends them to hell.

You’ve worked in a number of mediums, but this is the first time in animation. How did that experience compare to comics, film, etc.?

SN:I loved it. I find it really liberating working in other people’s sandboxes. Tell me what your rules are, and I can stay there and have fun, instead of just staring at a blank piece of paper. It was fun working with Alan (Burnett) and Bruce (Timm) and bouncing ideas off them. They say “too much dialogue,” I say “Okay, cut it out.” There can be no ego in this writing. And it was probably the easiest time I’ve ever had writing something. I’ve had lots of fun writing movies and comics, but this was just plain fun. The worst part of the whole experience was that we had to lose one of the killings, but that was no big deal. And that’s as bad as it got.

“No ego”? But you must still feel a certain amount of pride to finally earn your first “written by” credit for The Spectre?

SN:Even 30 Days of Night was a “story by” credit and I had the “script” credit divided with three other people. This is the first time, love it or hate it, that I can watch the film and say, “That’s my freaking dialogue.” The Spectre is the most complete thing I’ve ever had go from script to screen, and that in itself is really exciting for me. Being able to see what you write actually get onto the screen is phenomenal and so hard in movies.

Did you work closely with Bruce Timm on this project?

SN:I’ve been a fan of Bruce Timm for years, and we had never had an opportunity to meet. Ironically, I was doing last minute edits on the script on the way to Seattle for a Con and he was sitting right next to me – and that was the first time we met. He’s as big a nerd as me. We like the same comics, we both love the 70s … we’re both fans of guys like Herb Trimpe, Frank Robbins, Sal Buscema, Jack Kirby. We do the classic geek stuff, sitting around and talk about this stuff, and buying comics we’ve already bought before. Right now I’m on a major Spectre binge, buying every damn Spectre I can get my hands on. The Golden Age art looks insane, but fortunately the prices on those will keep me in check.

Will viewers find Steve Niles’ fingerprints all over this script?

SN:There’s a lot of me in this script, and people that know me will see that quickly and throughout. If I could do a comics series called “Monsters and Muscle Cars,” I’d be a happy guy. I have a 1973 Nova that I keep running. When I’m not writing, I’m out driving in that. I love that damn car.

I also have a big love for noir, so there’s an homage to, say, speech patterns that sound like Fred MacMurray from Double Indemnity. This script offered some great opportunities to throw a lot of this stuff I love into it. As well as to take a nice swipe at Hollywood greed, which is such an easy target, but still fun. The people who know me who have seen it say “Geez, why didn’t you just put yourself into it.” I guess I should’ve just had the Spectre kill me.

Did Warner Bros. ever curtail your freedom in creation?

SN:The funny thing is that I was going to be more restrained. I thought, “Well, I can’t rip heads off.” And they were saying, “No, come on. Let’s see what you’ve got.” I think people will be surprised at how actually scary this thing is. It’s a good little horror story.

Here’s a clip from The Spectre

DC SUPER HEROES and all related characters and elements are trademarks of and © DC Comics. (s09)