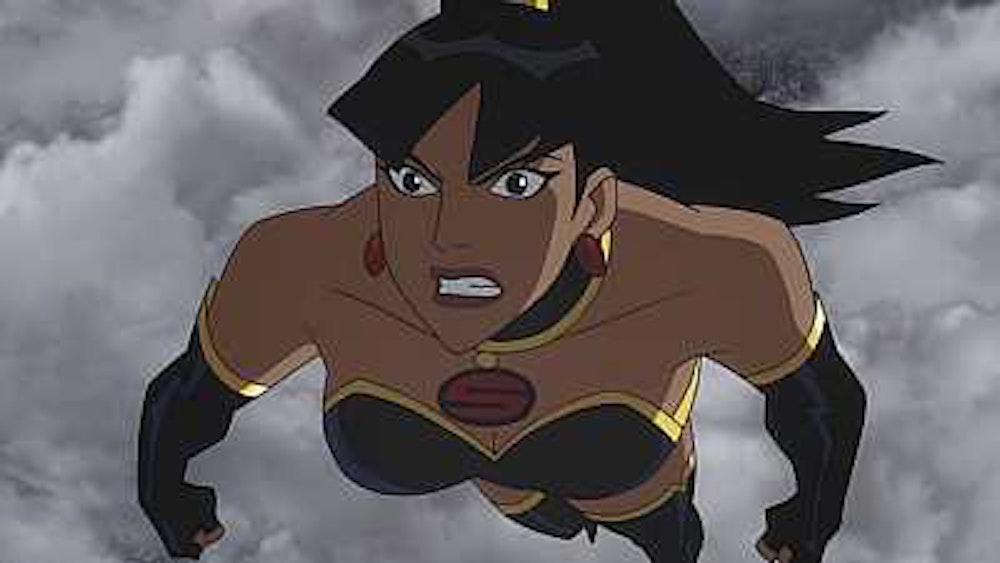 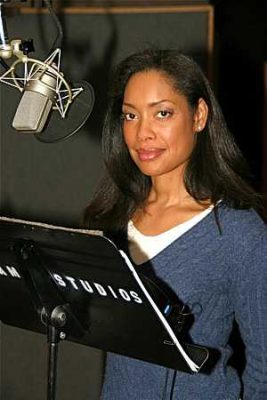 In Justice League: Crisis on Two Earths, a “good” Lex Luthor arrives from an alternate universe to recruit the Justice League to help save his Earth from the Crime Syndicate, a gang of villainous characters with virtually identical super powers to the Justice League. What ensues is the ultimate battle of good versus evil in a war that threatens both planets and puts the balance of all existence in peril. Torres plays Superwoman, the evil doppelganger to Wonder Woman and one of the leaders of the powerful Crime Syndicate.

Torres had an unanticipated assist in bringing about the powerful, yet sultry voice of Superwoman, coming into the booth in the final days of a bad flu that slightly lowered her vocal range and added a smoky sexiness to the outstanding performance. Even more impressive is her perfect match with the voice of Owlman, James Woods – considering the two actors recorded on opposite coasts, weeks apart, and have never met each other.

She is well known throughout the fanboy realm for her standout roles in Joss Whedon’s Firefly/Serenity and Angel, her performance at Cas in The Matrix Reloaded and The Matrix Revolutions, as well as 28 episodes in Cleopatra 2525. Torres has since been a mainstay across primetime television with recurring roles on 24, Alias and Standoff, in addition to guest appearances in CSI, Without a Trace, Boston Legal, Bones, Eli Stone, Pushing Daisies, Criminal Minds, Dirty Sexy Money, The Unit, FlashForward, Gossip Girl and The Vampire Diaries, to name just a few.

Torres has also spent some time in the animated world, working with Warner Bros. Animation as Vixen on Justice League.

Torres spent a few minutes after her recording session – and last week during the Los Angeles premiere of the film at the Paley Center for Media – to chat about her performance as Superwoman, the importance of strong female role models, the acting strengths of Whedon alums, her childhood obsession with Wonder Woman, and the fun of allowing her evil side to come out and play. Listen up … or else.

As you stepped into the sound booth to voice Superwoman, were you actually feeling wickedly sexy, delightfully cruel and ultimately powerful … or was that all just acting?

GINA TORRES: I’m so glad they called me to do Superwoman, (she laughs) because I was in the mood to get back in there and be a badass. Superwoman is one of those super heroes that knows her power, and is very comfortable in her power. And it’s all cat – it’s no mouse with her. She likes to bat around her prey and she really enjoys what she’s doing.

In the booth, you sort of have to become this person. When you’re not on stage with other actors and you’re not on camera, you really get to free up your body and do all kinds of things that maybe aren’t as pretty on camera. You get to have a good time getting your whole body involved in the interpretation.

Have you ever had a relationship with comic books?

GT: Do the Archies count? (laughs) I was a big Archie fan. I love Veronica – I want to look like Veronica. Betty was great, but Veronica was the girl. And that whole “Sugar, Sugar” (singing) thing was great. I’m telling my age – I’m really only 28. My sister is older (laughs). I was listening to her 45s.

I don’t want to disappoint any comic book fans out there, but I’m a girl so I really wasn’t reading the super hero comic books much. But it’s done great things for my marriage. The husband loved the idea of me playing Superwoman. And my girlfriends said, “Well, that’s just kind of you every day, isn’t it?” So I’m happy.

So there was no super hero role playing games when you were a kid?

GT: I absolutely played Wonder Woman when I was a kid. I had the lasso, the whole bracelet thing, I even had my twirl down. I just knew that I was going to be taken back to Paradise Island, because that’s really where I belonged. I was this small little Amazon just waiting to express myself, waiting for my true mother to come and get me. (laughs)

Can you give me an idea of what Superwoman’s motivations are in this film?

Good answer. Not that Superwoman is a role model, but do you feel like women have enough super hero representation these days?

GT: What do you mean Superwoman is not a role model? Isn’t she a role model? She rules the world (laughs). She’s Superwoman! (laughs). What I love about super heroes, and Superwoman in particular, is that in that comics world they’re all curvaceous. There aren’t really any skinny bitches in the world of comic books. They’ve got muscle. I like that. I appreciate that. They’re strong. And it’s important to have strong images of women out there, women who aren’t afraid of expressing themselves, women who aren’t afraid of taking chances, women who aren’t afraid of their own power. Unfortunately, being a woman in society means that sometimes you have to sort of quell what is instinctually broad and magnificent and magical about you. I think a lot of people feel that way. I don’t know if that’s necessarily relegated to being a woman, because we’re all so worried about fitting in and not sticking out. So what’s great about this whole genre is that it’s all about sticking out. It’s all about being magnificent to the highest power.

You’re a terribly nice person by everyone’s perception. What’s your trick for turning on the villainy in a performance?

GT: Oh, there is no trick to capturing villainy. (laughs) The rumor is that I’m a nice person. I love that rumor. Everybody has different sides to them. Everybody has that inner villain that you want to break out and express. It’s a good time going out there and letting her come out. Lock good Gina in the closet … and have evil Gina come out and play.

You’ve been in this universe before, most notably as Vixen for Justice League. Do you have an attraction to the medium or just when the situation presents itself?

GT: I love voiceover work. It’s wonderful, it’s expressive. It’s a way of using a part of my instrument that I’m comfortable and familiar with. The voice is such a vital part of crafting a character. I’m so pleased that I have the kind of voice that prints well and that people want to hear. I’ve had friends actually say, “You know, I was in the kitchen, and the television was on and I heard you.” I love hearing that there’s something familiar about my sound, and that to some people it’s soothing.

The DC Universe animated original movies have been blessed with numerous members of the Joss Whedon alumni association – from Adam Baldwin and Nathan Fillion to David Boreanaz and James Marsters, to name just a few. Is there something about the Joss experience that lends itself to this universe?

GT: Joss has an attraction to a certain kind of actor. Obviously, we’re all so very different in our own way. But when he’s choosing a world, he really does inhabit it quite completely. I mean, it is an entire universe. It is a Whedonverse, which is why I believe he’s so successful when he creates these worlds that one can get lost in. All the inhabitants in it require, without sounding self-serving, a kind of intellectual whimsy. You have to understand where you are and be true to it and at the same time let it go and let it fly and enjoy it for what it is – for the maniacal, for the fantasy, for the tragedy of it. I think all of these actors have lent themselves to these kinds of projects because we’ve been in that place. And so we can come here and say, “Yeah let’s have fun. I know where we are and let’s just go and have a good time.”

You’ve got significant sci-fi fantasy experience. Is that by choice or happenstance?

GT: I would say that I was dragged into the sci-fi genre. (laughs) I wouldn’t say kicking and screaming. I actually went willingly. But it wasn’t something that I sought out. I grew up in New York, born and raised, and cut my teeth in the theatre. I did a lot of off-Broadway, and some Broadway. Sci-fi was certainly not where I thought I’d be making my bread and butter for this period of time. It’s been a pleasant surprise, certainly. I find that it’s a niche that I’m comfortable with. What else are you going to do with a strong, almost six-foot girl? Give her a gun. Give her superpowers. (laughs) And you give her a hefty belt with things attached to it. Yeah!

Can you quantify the passion of the fanboys out there?

GT:That passion of the fanboy is immeasurable. And it is priceless. And it is necessary when you’re doing these things because you don’t quite realize while you’re doing the work that you’re in a bubble. And it’s not until you’re released into the world that you realize that you’re making an impact and that you’re making somebody’s day brighter and someone’s universe broader. It is great fun to be confronted with these guys and gals. 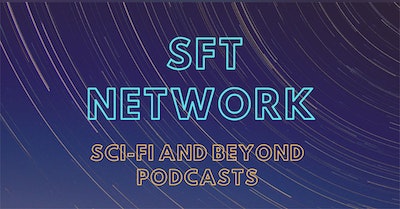