Cuban Zombies: Juan Of The Dead 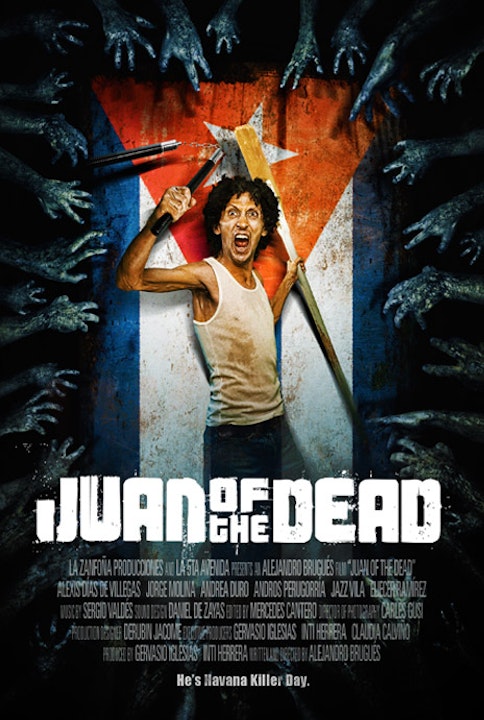 Zombies invade my native Cuba as two friends hatch a plan to launch a zombie extermination service after their picturesque island is overrun by the living dead in this satirical horror film from director Alejandro Brugués (Personal Belongings). Fast, fun and hilarious, JUAN OF THE DEAD, gives a decidedly latin touch to the zombie genre, along with a winking nod to the zom-com hit, Shaun of the Dead.

It’s the anniversary of the Cuban Revolution, and as the hungry undead make an unwelcomed appearance, best friends Juan (Alexis Días de Villegas) and Lázardo (Jorge Molina) decide to parlay their skills for dispatching zombies into a professional career. “Juan of the dead killed their loved ones” is their slogan, and their mission is to help people get rid of those infected around them … for a price. As the government attempts to maintain public order by blaming the fracas on Americans who they claim are attempting to topple the current regime, Juan and Lazardo rally the troops, gather their weapons, and prepare to make a killing by ridding Cuba of zombies one shambling, flesh-eating corpse at a time

Blending comedy, horror and the walking dead into a smooth, politically acute satire, JUAN OF THE DEAD — the first to be shot in post-revolution Cuba without the financial support of the Cuban government — is Presented in Spanish with English subtitles.